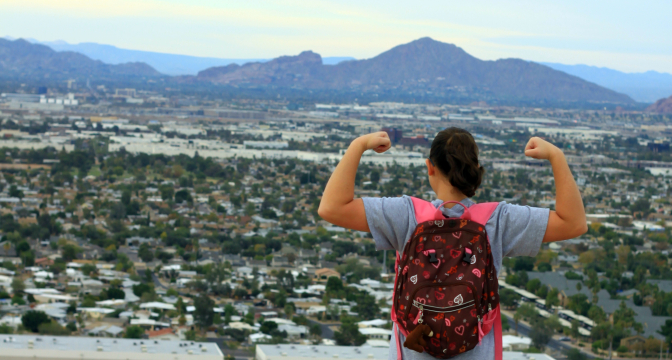 How did you get here? You cannot believe it can you. You have never thought about homeschooling but here you are. You’ve heard about those crazy religious, anti-social people homeschooling their kids but that’s not you. After all, the government will always be there to take care of your children right?

Are you feeling a bit hopeless?

The thought of homeschooling seems too daunting, I know. You think you can’t afford to be home or perhaps you are going to be afraid that your kids will grow up with no social skills, but now due to COVID-19 or “Coronavirus”, you may have to be home, and what about socialization? Oh no, it’s recommended that your kids even limit who they come in contact with now.

You use to wonder how would your family and friends feel about you pulling your kids out of school? Would the government come after you? How could you teach math? What if you don’t have them prepared for college? But now larger questions exist, such as, “Will my kids have to make up the days off?” “How long could this go on?” “After the first week, they need the break, but what am I going to have them study and do weeks 2, 3, 4, etc.?”

Oh yes, I have been there for a few of those questions. But regardless of COVID-19, or any other school tragedy that happens at the school of the day, my kids and I will not miss a beat. Don’t believe me, let me tell you a little about us to see if I can help you.

END_OF_DOCUMENT_TOKEN_TO_BE_REPLACED TTR Analysis of the Kerner Report in the Nine Areas of Human Activity by 15 year old Joshua.

His homeschooling assignment was to analyze the Kerner Report in the Nine Areas of Human Activity, which as readers know, is the main paradigm of my entire curriculum. So much more can be said about this interesting report put together at the end of the so-called Civil Rights Era, and I plan to do just that, with a narrated version.

Did you ever learn about the Kerner Report in school or home? The report is not revolutionary in thought in any real way. But what it does show from a macro level, is that the United States has always known its racial problems, and how to solve at least some of them with the Black community. Obviously, they knew what policies would even cause these problems, but more on that in future reports.

In my opinion, the reason why the Kerner Commission Report is interesting is because in my Gen-X lifetime, I’ve seen the “L.A. Riot”, “Ferguson Riot” and “Baltimore Riot”, and each time the nation conducts roundtables, reconciliation prayer meetings and worst of all, media reports/discussions all asking, “How can something like this happen and what can be done to make sure it doesn’t happen again?”

The Kerner Commission explored why these uprisings happened in the 1960s and how to prevent more uprisings in the nation’s cities in the future. It is striking to see my son answer the question, “Was the report effective?” His response, and the statistics he discovered, indicate that he believes he will see many more uprisings in his lifetime as well.

In these upcoming years, hopefully he will not be a whiny voice exclaiming, “Why?”, or “How could this happen?” Instead, he will be able to offer solutions to those who really desire to change and stay on code towards the real solution to our country’s “race problems”.