Lexi had the opportunity to present to her college class this week and decided to talk about the Evolution of Blackface. Perfect timing, as we had just watched Spike Lee’s Bamboozled a few weeks prior, but this was going to be a particularly “interesting” topic before a majority white classroom.

She has allowed me to repost her presentation outline (so it does not read like an essay) here on our site. Actually, that is the whole point that I’m teaching her, it is HER work! We write so many papers and do so much research for teachers or our employers, but it is our work, and something in us that we should share for our own purposes and not the benefit of others.

I must also say CONGRATULATIONS to my girl. In one month, she graduates with her Associate’s degree right after clocking the odometer over to her 18th birthday.  Since she’s is going to be an English guru, hopefully she can edit dad’s sloppy grammar here on the site (and get him to write more) as well.

Topic: The Evolution of Blackface

Specific Purpose: To Inform my COM 206 class on the evaluation of blackface.

Central Idea: Everyone believes that blackface ended in the 1980’s, but there are still many examples of its presence online and in the news. From its racial beginning, controversial middle, and still foreseeable future.

Attention-getter: Lisa R. Pruitt looked at her 1985 yearbook she edited when she was an undergraduate at the University of Arkansas. She was looking to see if any of the students appeared in blackface. After everything that has been starting to surface from other people’s college years, Pruitt believed she would find some photos depicting the same thing. After some searching, she was surprised to see that there weren’t any, but wouldn’t be surprised if she would have some.

Relevance to audience: The controversy about blackface has been spreading in the news lately, and this issue is one that is important to understand. Not only to judge future politicians and clothing, but to understand history as a whole.

Preview of speech: So, I will give a quick overview of how blackface came to be, what was happening with college students in the 80s, and how it’s being used in the 21st century.

(Now that we know some history, let’s jump to the 80s. Where blackface flared until it died, our so we thought.)

(Now after this time period of college rebellion, we enter the 21st century. This is when we start to see another rise of blackface, but in a different form.)

Summary Statement: To conclude, blackface is still very much alive and well. Even though we think that no one uses blackface anymore; brands still release clothing that are blatantly racist. Famous comedians today also have put on blackface, yet they seem to be surprisingly quite during this blackface controversy toward the Virginia governor.

Audience Response Statement: Staying on top of this situation is important to understand how your century thinks. Will you still feel the same way you did when you shopped at Gucci before the sweater outrage, or will you know feel disgusted to own their products?

WOW Statement: We can’t get to a world of no racism, it is virtually impossible. But things as blatant as Gucci’s sweater can be resolved with a little common sense and understanding of history.

Last Friday I went to see the movie Queen of Katwe on the day it came out. My interest for the movie started when I saw a poster while at the movies to see another film. So let me tell you my thoughts on the movie.

For those who don’t know, the movie was about a girl named Phiona Mutesi who lived in the city of Katwe which is in Uganda, and how she gets through troubles in life while playing chess. Her coach, Robert Katende saw that she had potential, so he started to take her to chess competitions. I do not want to spoil the movie, but there were some parts of the movie I liked and parts I didn’t.

One of the things I liked about the movie was that there was no “white savior”, meaning a so-called white person that came in to help/rescue the so-called black person. Phiona was helped by her coach and later on in the movie she was helped by her mother. I also liked that there were many non-white people in the movie. Most movies will have a non-white person as the main character but will also have a so-called white person running things in the background of the movie. Most of all I loved that it showed what an African woman can do and the knowledge possessed by many of the children in Africa. I am sure that there are many more children who are just as smart a Phiona but do not have the opportunity she had.

Now things I did not like about the movie. In the movie the mother of Phiona (who is the main character) is not married (because her husband died of AIDs when Phiona was 3 years old, which is something they didn’t mention in the movie). Throughout the movie, her mother is having trouble paying for rent and food, so women are telling her that she should get a husband that will pay her rent. This made me irritated because it made it seem as though every woman needed a man to take care of them. Also, the film only showed the city of Katwe, which fits the stereotype about many African cities. Dirty roads, barely standing houses made out of wood planks, garbage everywhere, and crowded streets. The movie could have shown other parts of Africa that weren’t as bad as Katwe, or it would be nice to have more movies showing other cities in Africa that do not fit the stereotype. 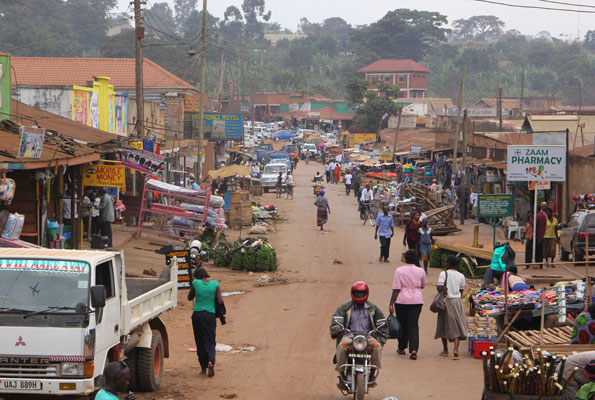 Above is the city of Katwe 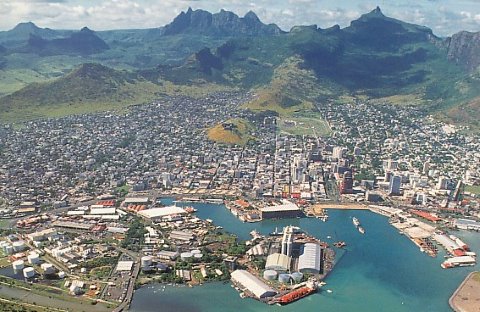 The city of Port Louis which is the capital of Mauritius

In summary, The movie met my expectations. There were some things I didn’t like, but the part of the movie I really liked was how at the end they had the actors line up with the people they were acting for in the movie. So you get to see what the person looks like today. I think it was worth the money to see, and I encourage other people to see it too.